Please join me in welcoming a very special guest poster, Shannon A. Hiner. Not only is she a wonderful writer, a great person and a fun person to follow on Twitter, she’s also got a new book coming out, which is awesome and I highly recommend it. Bonus! You can check out the first 4 books in the series, if you haven’t already.

Thank you, Shannon for lending us your words of wisdom and thanks for being here today.

With Theory of Resonance, Book 5 of the planned 10 book series, The Immortal World, releasing this week, a question I often asked is, “How do you keep it all straight?”

Each novel centers around two new main characters. The nice thing about this is that each book is a new experience, a new chance to introduce the world from a different set of eyes and experiences. However, with the series-wide plot ramping up there’s more to keep track of than ever. More and more plot threads are being opened, more character crossovers and world-altering events are taking place.

Oh, did I mention I’m a pantser too? Yep, I write by the seat of my pants and for the first few novels of the series I had no idea where I was going. Not only that, I accidentally wrote the last book first.

Around Book 3, Die For Me Again, I realized two things: First, I knew where the series had to end and had a general idea of how to get there. Second, I was starting to crisscross and mish-mash important details. Thankfully I caught the problems in rewrites and edits, but I knew if I wanted to continue on and write this series the way I imagined it, I would have to come up with a better plan than straight pantsing.

I didn’t want to lose the magic of pantsing—experiencing the story for the first time, watching it unfold by the magic of my characters’ decisions—but I had to do justice to the world and the characters within it.

So over the next couple of years, I developed a system by which I can both pants and plot the story. Yes, I’m officially a “plantser” now.

My characters come to me fully formed, people in their own right who demand to have their story told (or politely ask some years later, in Errin Kaye’s case.) Through the process of writing they reveal themselves to me, slowing fleshing out and filling in all the missing details. Because of this, I often start their character profiles with just a bare minimum of details and then go back over time and fill them in.

Character profiles are a must when writing a long series, because while each character gets only one novel to tell their story, they will appear and live on in many others. You don’t want someone to call them by a nickname in book 6 if they said in book 4 they hated nicknames. Or, at the very least, you have to remember they’re going to rip the head off the person who did it. (Figuratively. . . Probably.)

It’s a truth universally acknowledged that plot bunnies are temperamental brats that have the worst timing. Inspiration strikes in the shower, driving to work, laying in bed nearly asleep. It’s the answer to the gaping plot hole, the reason your character is closed off from the world, the dialogue that will make the chapter worth quoting.

Just one problem: It’s not for this book. You know, the one you’re supposed to be working on. It’s 3 books down the road and for characters the reader hasn’t even been introduced to yet.

But it’s perfect. What do you do?

One of my favorite apps on my phone is literally just a virtual sticky note pad that I can back up, email to myself, and add to limitlessly.

Each and every one of my future stories has a note there. Some just have a couple of lines, or a song that fits the mood. Others have entire paragraphs of dialogue, plot points I want to hit, and revelations that came to me at inopportune times.

When I’m finally ready to write the book, I open up my notes and copy them all down into Scrivener, each with their own scene. Not everything makes the cut, some pieces have to be heavily revised as the plot develops on its own, but I never lose a piece of dialogue to poor memory.

If you can, I suggest investing in a plot board. I bought a 3 foot wide whiteboard and hung it on a rolling clothes rack. (Homemade plot board: $35 dollars — Peace of mind: Priceless.)

During first drafts, it’s filled with the series plot as I know it: a little splotchy moving into the future, but with major points I know I’ve got to hit. As drafting progresses I’ve got a constant reminder of where the Immortal World is going and the events other characters are effecting.

Then when I’m rewriting, the board is switched to the plot of the specific story I’m working on. This helps me to see where the plot is lagging or scenes need to be tightened up. Rewriting, as you’ll see in my next step, is the most important part of my process.

Sure, the plot board makes me look like Charlie Day in It’s Always Sunny on bad days, but on good days I’m totally Tony Stark discovering time travel.

One of the main deficiencies of pantsing a long series is discovering something that you should have foreshadowed in the previous book. Especially if you’ve already published that book.

Once my characters started meeting up and crossing over to other stories, I saw the problem coming. It was okay at first, because I hadn’t published the novels yet, so I could go back and fix plot holes, give hints as to what was coming. But when I started publishing, I knew I had to put books out at a consistent rate for my readers.

Again, I love being a panster. I couldn’t make myself give it up. So I developed a writing schedule that, so far, has seen me through writing and publishing 3 novels. It goes like this:

I’m always working one book ahead, so when plots are revealed that need to be mentioned in the previous book, I have time to make sure they’re threaded in during rewrites.

How do I keep everything straight?

As I’m just now hitting the halfway point in the series, it’s a question I’ve been asking myself more and more frequently. But with my process in place, I have faith that I can do the series justice. Whether I succeed in the end is a question I’ll have to leave up to the readers to answer.

In the meantime, I consider my process to be the best of both the pantsing and plotting worlds. I get the wonder and discovery of characters making their own destinies, but also the sly satisfaction of watching foreshadowing payoff as plots are revealed over time.

Errin’s eyes took on a new gleam, something that caused her stomach do a strange sort of flip.

“Imagine if they had more time.”
She was inexplicably breathless. “Unstoppable…”

She doesn’t believe in the fantastic.

Bree O’Quinn’s life is a strict schedule of college courses, work, and research. The only thing that matters is earning her degree with top marks and going on to cure diseases. She doesn’t have time for distractions. And an attractive young man who’s studying science, has impeccable manners, and seems interested in her? Too good to be true.

He is the fantastic.

Errin Kaye has made his entire immortal life about helping others, and his medical
practice has grown over the decades to serve immortals of all species. Lately, his work has put him on the radar of some deadly people, and being his friend isn’t as safe as it once was.

What is magic anyway, but that which hasn’t been explained yet?

Though he’s always tried to stay on his leader’s good side, Errin is no stranger to
bending Hadrian’s Laws when it suits him. What’s one more transgression in favor of Bree’s warmth and humanity? But this time, he’s not just gambling with his own life, and when the vampire leader finds out, Bree and Errin face an ultimatum from
Hadrian. Is what’s between them love or mere fascination? Is it worth risking
everything for? Is it worth dying for?

SHANNON A. HINER lives in far Northern California with her feline roommate, Pangur Ban. She attended and graduated from Butte College in Oroville, CA. Having believed in faeries, vampires &amp; all sorts of immortal creatures her entire life, it came as no surprise to her family and friends when she started writing down her stories in a grossly exaggerated fashion.

After finishing her first book in 2009, Submerged In Darkness, she realized she had written not the first book of many, but the last in an epic series. Since that time, she has been laboring to write & publish all prior books.

Enter to win below. 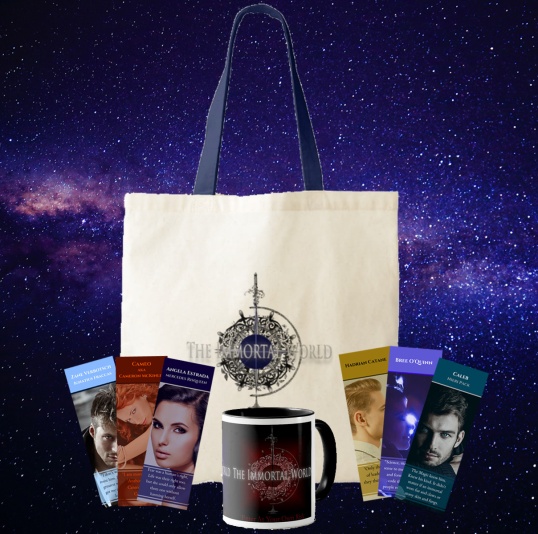 Thank you so much for joining us today. Hope you learned a lot, met or caught up with an author you enjoy, and don’t forget to click the link above to enter to win all these amazing prizes! Best of luck to all of you and enjoy the book!

Seriously, did you preorder yet? No pressure. Maybe a teensy weensy bit.

Thank you so much Shannon for being here today. It’s been a pleasure and I wish you all the best with your new book. I can’t wait for the next installment.

Until next time, lovelies.

A Clumsy Writer (with friends!)

About me... hmm... well, I enjoy laughing, love hanging with friends, creating new worlds and characters, and I love love love my animals. I have 3 guinea pigs and 2 cats. View all posts by Author Mikki Noble

4 thoughts on “Pantser to Plantsing Plot Jedi by Shannon A. Hiner” 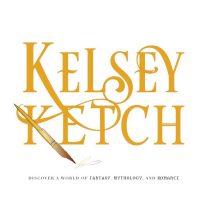 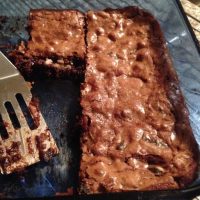